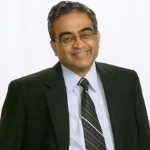 Uses the Evaluative Style of Mediation which would allow him to be equally effective as an Arbitrator.

Settled pretty much every case he mediated due to his knowledge of how a case was likely to go if it was litigated based on both his personal experience and legal training and thus having an ability paint a correct picture of what was likely to happen if the parties failed to settle and ended up in court again.

Resolved dozens of disputes due to his empathy with the parties based on his own personal experience as well as his strategic thinking.

Started successfully mediating right from when he commenced law school revealing that he is good at learning by doing and taking a practical view of education as a means for solving problems.

Brings to bear the attention to detail he has an engineer and the quality of persistence he has a lawyer to resolve seemingly intractable disputes between warring parties.

Ability to spot common ground between the parties that others may miss and the skill to communicate these common interests to the parties in a manner that will allow them to agree to a settlement.

.Experienced in operating as a senior manager and consultant primarily in program management and outsourcing of Information Technology across various industries including retail, banking, finance, utilities, law, telecommunications, and transportation.

Negotiated numerous business contracts (especially those involving multi-national / offshore service providers and large US Corporations) and so is intimately familiar with the types of disputes that may arise in cross-cultural business transactions and how they can be avoided or resolved.

Expertise in the field of outsourcing of IT engagements allows him to see how contracts are viewed in different cultures which allows him to draft contracts that will be seen as fair by all parties while still protecting the interest of the entity whom he represents.

Possesses an ability to navigate technological and financial complexity, and cross-cultural business competency.

Being a pro se litigant in his family case prior to and during law school, he became a seasoned litigator even before obtaining his law degree and based on the size of his docket which included hundreds of pleadings in trial court, numerous hearings in trial court (including full-blown trials), appeals before the Dallas Fifth Court of Appeals and the Texas Supreme Court, including mandamuses, resulting in several significant wins in appeals court, his litigation experience is deemed to be more than that of a seasoned attorney.

Although all his litigation experience prior to and during law school came out of a single case, it demonstrated that he was resourceful and diligent because it was a personal matter involving really high stakes with litigation stretching over a decade. Although he did not have to manage multiple disputes involving entirely separate issues, a requirement to discover facts and bring himself up to speed on other people’s disputes, and a need to allocate time dispassionately between various cases, he had to deal with all kinds of twists and turns which resulted in multiple cases in different courts (Small Claims, JP, County and District courts besides the Court of Appeals and the Supreme Court) with completely different issues, he had to fight to Discover facts from the other side which was averse to providing any, he had to legal research and bring himself up to speed on new issues that constantly came up in his case, he efficiently allocated his time so that he never missed a single deadline and he trained himself to be calm and detached, especially while in the courtroom, as if he was representing someone else, a skill he employs while representing his clients.

One of his wins in appeals court while still in law school was considered a landmark ruling in Texas and hence was discussed in an Advanced Family Law seminar in Austin, Texas.

Due to all of the above, he is very familiar with the working of the courts, especially in the Dallas area, which, along with his intimate knowledge of the Texas Rules of Civil Procedure, allows him to effectively litigate cases in other areas of the law as well.

MBA from University of Connecticut