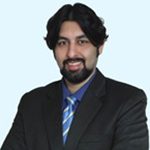 A Patent Commercialization Expert with a master’s degree in ‘Machine Learning’ from Delhi University, Vaibhav Henry is a decisive visionary with a decade of experience in providing strategic direction to corporates in maximizing their intellectual property licensing matrix.

As an Intellectual Property Strategist,  he has helped companies in licensing key proprietary technologies and in his current role as at Sagacious, he has facilitated the most prominent silicon-valley companies in deriving maximum value from their patents in non-core markets.

With his strong IP licensing acumen, Henry has helped one of his clients in negotiating a licensing deal of their portfolio for over $700 M. In his tenure while working with a Fortune25 company, he also formulated an innovative model F3 AnalysisTM  , which helps companies to categorize their patents. The F3 Analysis is currently deployed in U.S, European, Japanese, Korean and Chinese companies with over 100,000 patents across the globe and bagged the Global Business Excellence Award in 2019. (Media coverage Link)

Skilled in patent portfolio analysis and patent searching, he started his career as a Patent Licensing Executive and with his strategic knowledge about technology market, he moved on to a role of writing technical arguments in supporting litigations, for both plaintiffs and defendants.

During his journey, Henry contributed articles in:

IoT For All: IoT Patenting Made Simpler

Your Story: What every Startup founder should know about Intellectual Property?